Today is the birth anniversary of Nelson Mandela. This towering leader (in achievements, not physical stature) led his apartheid-torn country, South Africa, to freedom, equality and racial justice.

He was imprisoned on Robben Island for more than 27 years from the 60s through the 90s, when he was finally freed. He became the first black President of South Africa, and is known around the world for carrying the torch of freedom and justice.

After his release from an arduous prison tenure, he continued to spread the message of truth and recociliation instead of retaliation and retribution against the former white supremacist regime. A great admirer of Gandhi whose struggle against British colonialism started during his stint as a lawyer in South Africa, Mandela said, “India is Gandhi’s country of birth; South Africa his country of adoption. He was both an Indian and a South African citizen. Both countries contributed to his intellectual and moral genius, and he shaped the liberatory movements in both colonial theaters.”

It is interesting to see how he coped with prison life. A key part of his daily regimen was exercise. He was an avid boxer before imprisonment and continued his gym exercises even when all he had was the little space around him in a cell. That is motivation! This is what he said about exercise, “Exercise dissipates tension, and tension is the enemy of serenity. I found that I worked better and thought more clearly when I was in good physical condition, and so training became one of the inflexible disciplines of my life.”

And there was that resilience – he always believed in walking out of that cell, “ I always knew that someday I would once again feel the grass under my feet and walk in the sunshine as a free man.”

He had written to his then wife, Winnie Mandela in 1975, “Difficulties break some men but make others. No axe is sharp enough to cut the soul of a sinner who keeps on trying, one armed with the hope that he will rise even in the end.”

Even after freedom was achieved, he did not rest on his laurels. He knew that it was an ongoing journey. In his book, “Long Walk To Freedom”, he said, “But I can rest only for a moment, for with freedom comes responsibilities, and I dare not linger, for my long walk is not yet ended.”

Chief Strategist, Coach and Founder: Anita Kumari Srivastava is an award-winning poetess, coach and author of “Find Your Happy, Survivors Guide to Finding Joy In Spite of Life’s Challenges”. She has extensive high-tech background and is the Founder & Chief Strategist at HappinessFactors. Her vision is to spread emotional wellness & happiness globally by creating happy mindsets. She combines NLP, Hypnotherapy, MER, Psychology, Energy, Meditation, Mindfulness, Healthful Habits, Spirituality and more. She speaks on how to combine happiness and technology for compassionate and empathetic leaders and teams. She has MBA background and a quest for empowering both individuals and organizations to happiness, motivation and joy. She is a certified NLP, Hypnotherapy and MER practitioner and believes that happiness is everyone’s birth right. She was born in India and lives in the US. She has extensive high tech experience including Google, Western Digital, Applied Materials and startups. She earned the Community Hero Award in 2018. Her other accomplishments include radio and TV interviews, modeling, debates and plays. When life threw her a few curve balls, she decided to ace her batting skills and learnt the skills to find happiness again and get breakthroughs. Anita is an abuse survivor and has been in the field of personal growth for over a decade. She has been trained by some of the best in personal growth industry, including Tony Robbins, Brendon Burchard, Cloe Madanes, Ken Minkus, Bo Eason, Oprah Winfrey and Deepak Chopra. She loves to crew Tony’s events. In her quest to spread happiness, she conducts free Happiness workshops for the under privileged in the Silicon Valley. Her Hobbies include getting rid of at least one fear every year. She loves to walk on fire, climb mountains and strategize. Her successful speaking engagements include various Chambers of Commerce, Educational Institutions, Seminars, Technology Companies, Dale Carnegie Training, radio shows, podcasts etc. She loves to volunteer and help the less fortunate and dreams of helping poor girls in developing countries get educated and not be forced into prostitution. Her startup Happiness Factors (www.happinessfactors.com) empowers people and organizations to emotional wellness, happiness and fulfillment. It provides inspirational keynotes, workshops, trainings, group and individual coaching as well as happiness seminars. Her book “Find Your Happy” A Survivor’s Guide to Happiness in spite of life’s challenges is available on Amazon in both paperback and kindle versions and has changed people’s lives in across continents. You can connect with her on Youtube l FB l Twitterl Instagram

There are no upcoming events at this time.

We are creating an emotional wellness ecosystem to empower people & organizations to happiness & engagement while being conscious of the inter-relatedness of the mind, body, spirit! 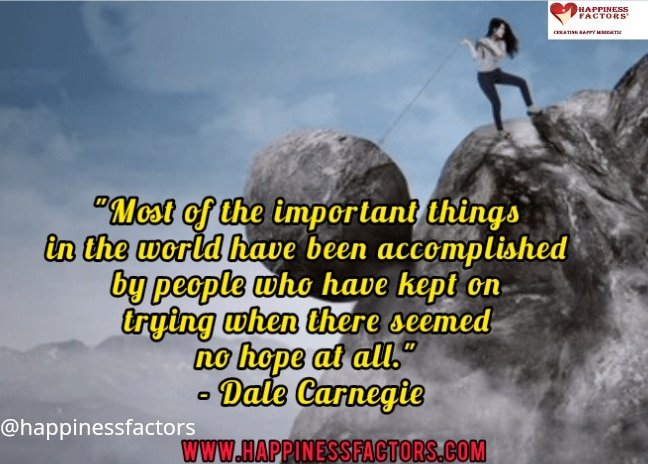